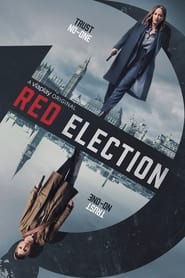 Danish secret service agent Katrine Poulson and British spy Beatrice Ogilvy are thrown together in a race against time. As a terrorist plot against the British PM unfolds, Poulson and Ogilvy are tangled up in a web of lies, murder and power struggles; they can’t trust anyone, and they soon realise the deadly conspiracy could be part of a far-reaching geopolitical masterplan.

At the moment, I have watched 1, I like the pace of the series, something changes from season to season, and it`s also curious to see how the characters and James D'Arcy, Lydia Leonard, Stephen Dillane, Victoria Carmen Sonne who perform them grow and develop.

From the first episode, which was released in 2021, I got the impression that Viaplay prepared some unrealistically cool series for the viewer, although then it was impossible to guess what scale it would reach in subsequent 1.